This year looks set to be the worst annual performance for the pound against the US dollar since 2016, and we all know what happened then. If we go back even further and 2007, the pound at one point managed to lose almost half of its value against the greenback, although it’s been far from alone.

As we ended 2021, with a close at 1.3530, there was some grounds for optimism, however even then we were starting to see the first indications of upward pressure in prices with the Bank of England being the first major central bank out of the traps in hiking rates by 25bps in December in response to rising inflation, which had jumped to 5.1%

Even then the decision was a month later than it should have been, and the central bank has been playing catchup ever since.

It seems remarkable now given recent events that 12 months ago the markets were pricing base rates of 0.75%, by the end of this year, at a time when the Federal Reserve was still adding to its balance sheet, albeit at a slowing rate.

Yet here we are now, with the base rate at 3.5%, and while the Bank of England has continued to hike rates at every meeting since then, the Federal Reserve, who didn’t start hiking until March this year, has pushed the upper bound of its Fed Funds rate to 4%.

While some have been keen to try and absolve central banks of any blame when it comes to losing control of inflation, by blaming the current surge on Russian President Putin’s rather misguided venture into Ukraine from driving prices higher, it rather overlooks the fact that headline CPI in February this year was at 6.2%, with RPI even higher.

The fact is even without the Russian invasion of Ukraine, and the resultant disruption to oil and gas prices, as well as the disruption to food and supply chains, we were already being warned by some very eminent people of the risks that inflation could run out of control.

As far back as February 2021 the former US Treasury Secretary Larry Summers was criticising the new Biden administration for its new $1.9rn fiscal plans as the “least responsible macroeconomic policy” in 40 years, while warning that the proposals could have “consequences for the dollar and financial stability”

In any case with the pound finishing last year at 1.3500 there was optimism as we looked to 2022 that we might see a move towards the 1.4000 level, although there was a concern that a move towards 1.3200 was more likely given the current prevailing trend at the time, and the inability to push above the 100-month MA at 1.4200.

We also warned that an unexpected move below the 50-month moving average at 1.3200, could trigger a move back to the previous lows.

A move to 1985 levels on the GBP/USD rate was not on anyone’s prediction list, but then neither was the ability of the UK political class to spontaneously self-combust in spectacular fashion, which brings us to where we are now.

Certainly, the US dollar has had another strong year, reaching levels last seen on 2002, and still looks set to close at its highest levels in 20 years, with the Japanese yen performing even worse than the pound. 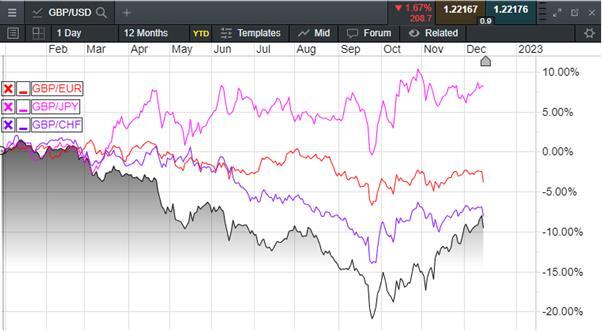 Over the last two years, despite the shocking performance of the pound against the US Dollar the pound has fallen much less against a basket of currencies on the CMC GBP Index.

This is a bespoke creation of 8 different currency components, which consists of 40%-euro, 21.51% US dollar, 18.89% Chinese yuan, 5.63% Swiss franc, with the rest split between the Canadian dollar, Norwegian krone, Japanese yen and Swedish krone. 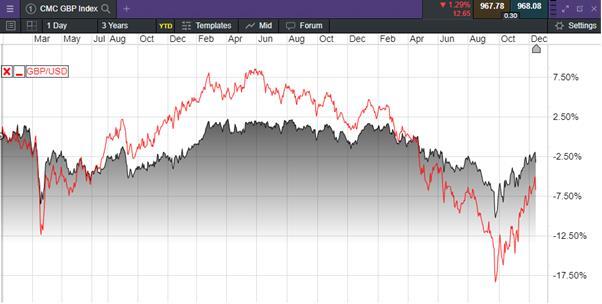 Having hit a low point of 1.0350 back in September the pound has quickly recovered back above the 1.2000 level, but we now need to hold above this level to gain any sort of confidence that the lows are in.

This is by no means certain given the feral political environment, and the pressures that the government is coming under to implement policies that aren’t business friendly.

Calls from the opposition parties to implement “windfall taxes” on any sector that dares to make “excess profits” speaks to the short sightedness of the political class when it comes to dealing with the problems facing the UK economy.

While politically popular “windfall taxes” do nothing to resolve the longer-term problems of energy security and run the risk of achieving the transition towards renewables much more difficult to achieve, as well as making the UK a much less attractive proposition from a business point of view.

These sorts of taxes are also particularly damaging to the very businesses that have done the most to bridge the gap between fossil fuels and renewables with the likes of Harbour Energy and EnQuest being notable victims of a now effective tax rate of 75%, after the recent budget.

Another notable factor this year has been the swing seen in UK 2-year gilt yields which have surged from 0.687% at the end of last year, peaking at 4.72% in September and which are now sitting just above 3%.

What’s next for the Pound?

As we look ahead to 2023, the big question now is by how much more Bank of England decides to increase the level of the current base rate of 3.5%, and how long rates are likely to stay at or above current levels.

Currently markets are pricing the prospect of a base rate of 4.5% over the next 12 months, which seems a little on the high side, however with current CPI already at 10.7%, there’s also an argument that rates should be higher than they already are.

The recent autumn budget could have gone way to helping support the pound by not being too austere, in terms of tax rises and spending cuts. Sadly, the government has chosen not to go down that route choosing to hobble business with an increase in corporation tax to 25%, starting next year, as well as additional windfall taxes on the oil and gas and energy generators.

While these may generate additional revenue in the first year, the lack of a sunset clause is likely to deter longer term investment for an economy that sorely needs it, against a backdrop of a political class that are sadly as thick as mince, when it comes to understanding incentives and wider business attitudes.

One factor that might save the pound from further declines against the US dollar is the Federal Reserve, if as suspected US inflation has started to fall back at a sustainable rate.

While Federal Reserve officials have been keen to rule out the possibility of a policy pivot, the fact that core prices are starting to fall sharply could prompt the market to guide lower its expectations for future Fed rate rises next year.

Further rate rises from the Federal Reserve are certainly coming, but crucially the number of rate rises that we can expect to see next year has come in from where we were a month ago.

A number of Fed officials have pointed to concern about policy lags, which could mean that the rates may well have to stay higher for longer, and could keep rising well into next year, albeit at a slower pace than has been the case this year.

This suggests that the pound is well overdue a rebound, having fallen for 8 months out of the last 11. 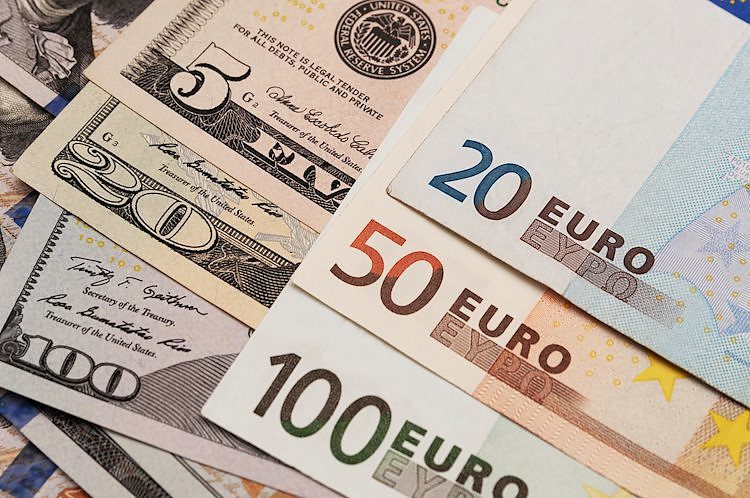 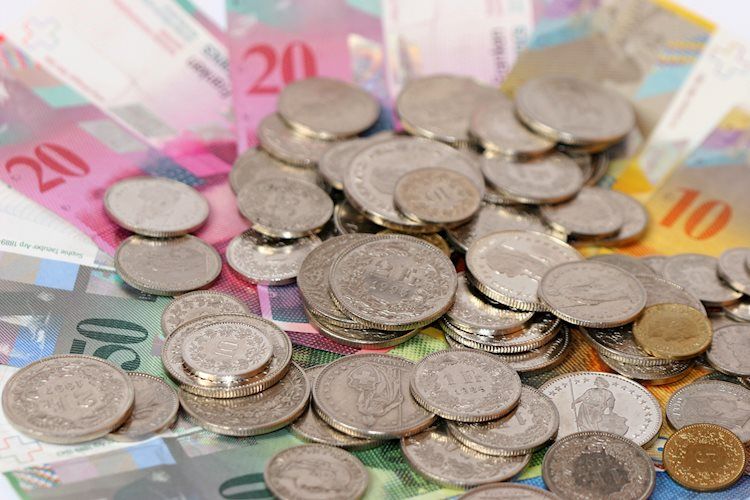