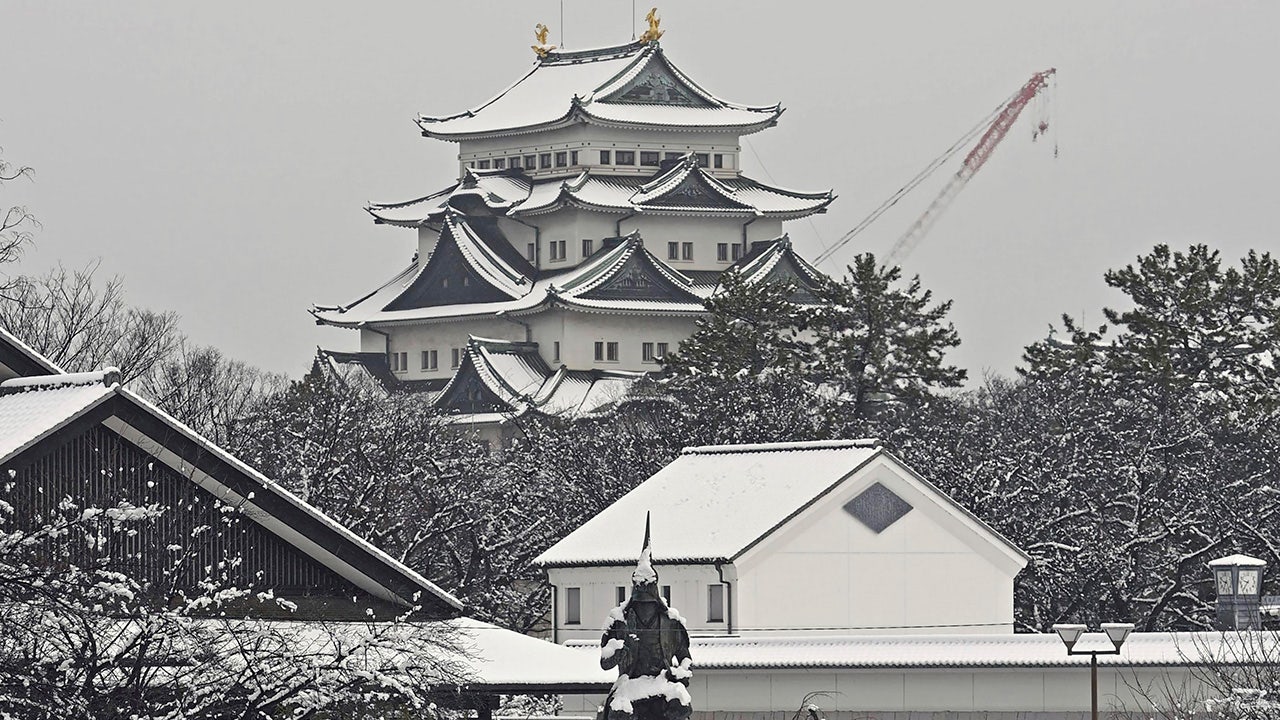 At least 17 people in Japan are dead and 93 have been injured as a result of heavy snow.

The numbers were from Japan’s Fire and Disaster Management Agency Monday morning. They were up from 11 dead on Saturday.

Officials warned residents to exercise caution while removing snow from their homes. Many of the recent deaths occurred when people fell while getting snow off of their roofs when snow fell onto them from their roofs.

This included a woman in her 70s who was found under a pile of snow at her home in Nagai, about 180 miles north of Tokyo.

The snow was so heavy in the northern part of the country that it knocked down an electric power transmission tower, resulting in roughly 20,000 people not having power on Christmas morning. Officials said most of the affected area regained power later that day.

Nagoya castle is covered with snow on a winter day in Nagoya, Aichi prefecture, central Japan, on Dec. 24, 2022. (Kyodo News via AP)

The weather also resulted in transportation setbacks. Dozens of planes and trains had their trips suspended on Sunday. Delivery delays could also hold up shipments of mochi from Niigata, a customary part of New Year’s meals.