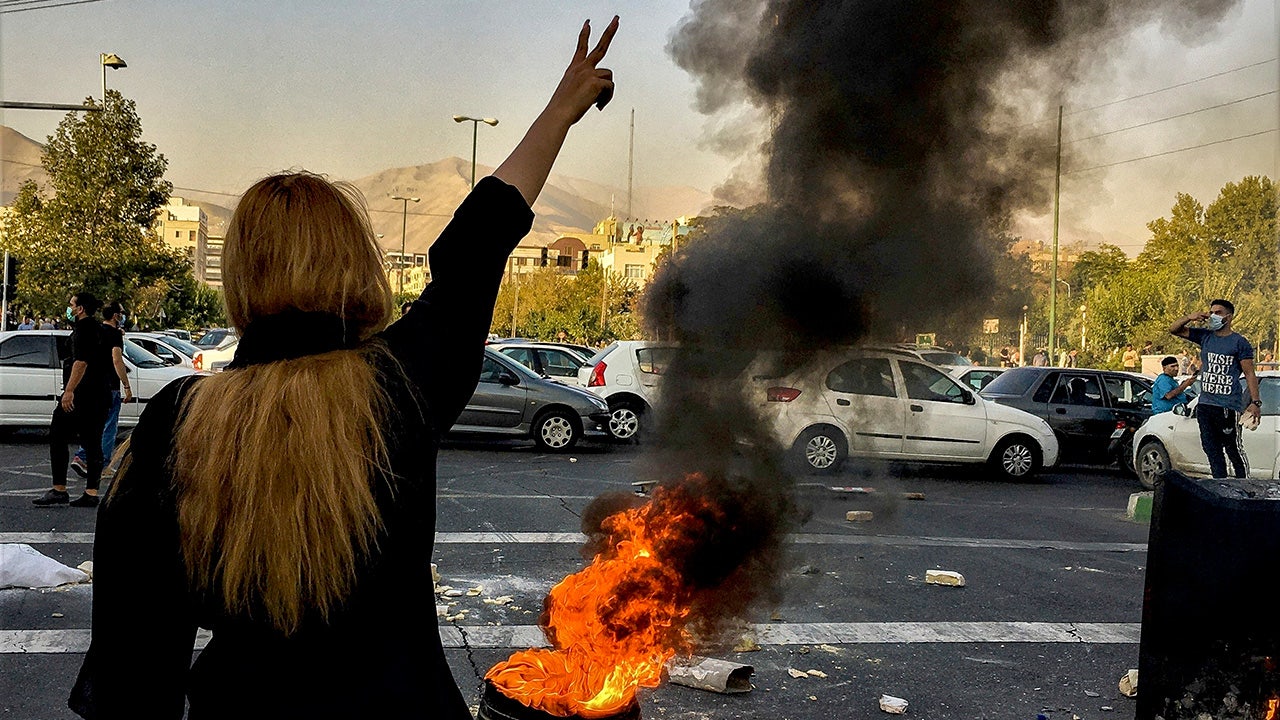 The Treasury Department announced sanctions on Wednesday against the top Iranian official overseeing the prosecution of protesters and key military figures who have cracked down on demonstrations in recent months.

Iran has been roiled by mass protests over the death of Mahsa Amini, a 22-year-old woman who died after being taken into custody by the regime’s so-called morality police for allegedly not wearing a hijab.

The sanctions announced Wednesday include Iranian Prosecutor General Mohammad Jafar Montazeri, who issued a directive in late September for courts to issue harsh sentences to protesters.

Iranians protests the death of 22-year-old Mahsa Amini after she was detained by the morality police, in Tehran, Oct. 1, 2022.
(AP Photo/Middle East Images, File)

Iranian police arrive to disperse a protest to mark 40 days since the death in custody of 22-year-old Mahsa Amini.
(Associated Press)

SISTER OF IRAN’S SUPREME LEADER CONDEMNS HIS RULE, CALLS ON REVOLUTIONARY GUARDS TO ‘LAY DOWN THEIR WEAPONS’

“We denounce the Iranian regime’s intensifying use of violence against its own people who are advocating for their human rights,” Under Secretary of the Treasury for Terrorism and Financial Intelligence Brian Nelson said in a statement.

Iranians protests the death of 22-year-old Mahsa Amini after she was detained by the morality police last month, in Tehran, Thursday, Oct. 27, 2022.
(AP/Middle East Images, File)

Nearly 500 people have been killed since protests began about two months ago and more than 18,000 have been detained by authorities, according to Human Rights Activists in Iran, an organization that has been tracking the protests.

Two prisoners have already been executed. Majidreza Rahnavard, accused of fatally stabbing two members of a paramilitary force, was publicly hanged from a construction crane earlier this month in Masshad. Another prisoner, Mohsen Shekari, was executed on Dec. 8.