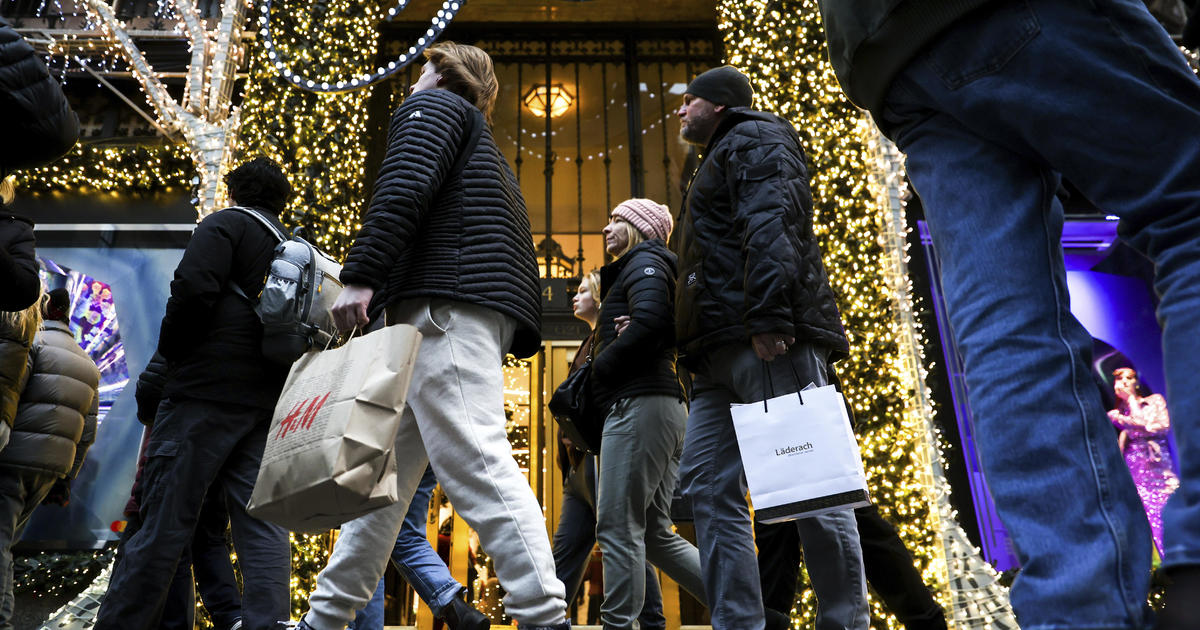 Last year, Lucila Gomez and her husband started their holiday shopping around Thanksgiving and wrapped it up a week before Christmas, spending $750 on tablets and clothing for their three children and relatives.

This year? Gomez is waiting until she gets her annual bonus on Friday to get started — and she’s limiting her spending to $200, sticking to World Cup themed jerseys for her 10-year-old twins and a 6-year-old.

“Last year, we were confident. We were like, ‘Get them whatever they want,'” said the 49-year-old Buckeye, Arizona resident, an hourly worker in the billing department of a health company. “This year, we’re waiting until we both get paid. We want to go into the New Year not owing anything.”

Last minute holiday shoppers are back in force — and inflation is partly to blame.

For the first two years of the pandemic, many were buying earlier in the season, afraid of not getting what they wanted because of shortages of products or delays in deliveries. They also had more money to spend thanks to government stimulus checks and child care credits.

But this year, supply chain snags have eased and shoppers aren’t as worried about availability as they are about higher prices on everything from rent to food, causing them to postpone their buying until the last minute. Prices on consumer goods will be up 8% to 10% this year due to inflation, Jessica Oh reported for CBS Los Angeles.

“When we look at inflation, we’ve seen such a big jump this year, and especially the last few months. And of course that coincided with holiday shopping,” Kim Palmer, financial expert with NerdWallet, told CBS Mornings. “Last year it was all about supply-chain issues; this year it’s all about the high prices,” she said.

Gomez, for instance, said that even though she and her husband, an electrician, each got a raise, it still wasn’t enough to offset their rising expenses. In fact, she said her family moved in with her parents after their monthly rent jumped from $1,500 to $2,000 earlier this year. She’d hoped to save for a house, but mortgage rates keep going up.

Last-minute shopping is also being encouraged by a quirk in this year’s calendar, according to Brian Field, global leader of Sensormatic Solutions, which tracks store traffic. With Christmas falling on Sunday, consumers have all week to shop.

Retailers are relying on the last-minute spending rush to help meet their holiday sales goals after a weaker-than-expected November.

Retail sales fell 0.6% from October to November after a sharp 1.3% rise the previous month, the government said last week. Sales fell at furniture, electronics, and home and garden stores.

Americans’ spending has been intact ever since inflation first spiked almost 18 months ago, but the ability of shoppers to keep spending in a period of high inflation may be beginning to ease. Inflation has retreated from the four-decade high it reached this summer but remains elevated, enough to sap the spending power of consumers.

Still, overall holiday sales should be decent, though holiday sales growth is expected to dramatically slow down from a year ago.

The National Retail Federation, the nation’s largest retail trade group, is slated to release the actual results for the combined November and December period next month. The group expects holiday sales growth will slow to a range of 6% to 8%, compared with the blistering 13.5% growth of a year ago.

The last stretch of the holiday season is critical.

On average, the top 10 busiest shopping days in the U.S. — which includes Wednesday, Thursday, Friday of this week and Monday of next week — account for roughly 40% of all holiday retail traffic, according to Sensormatic. However, retailers might expect even larger numbers this year as high gas prices force consumers to consolidate their shopping trips and everyone converges over the next few days, Sensormatic said.

Shoppers holding out for bigger discounts right before Christmas may be disappointed. Retailers in general have maintained the same discounts they’ve been offering since Black Friday. There could be some deals, however, in areas like home and furniture, according to DataWeave, which tracks prices for hundreds of thousands of items across roughly three dozen retailers, including Walmart, Target and Amazon.

Krish Thyagarajan, president and chief operating officer at DataWeave, believes that discounts for electronics are ticking up from Black Friday levels in the last few days before Christmas, but price cuts for clothing should remain a little over 20%, more generous than the average 16% discount last year around this time.

Inflation or not, there will always be the perennial procrastinators like Evelyn T. Peregrin, who last year used COVID-19 as an excuse to delay her holiday buying. Several relatives had the virus, so she didn’t have to buy or deliver gifts until after Christmas.

Now it’s her travel expenses of about $700 that are eating into her budget. The 28-year-old moved to Puerto Rico from New Jersey with her husband earlier this year, forcing her to scale back her holiday spending to about $150 from last year’s $250.

“I will order probably a few things online and then end up having to go to a store last minute,” she said.