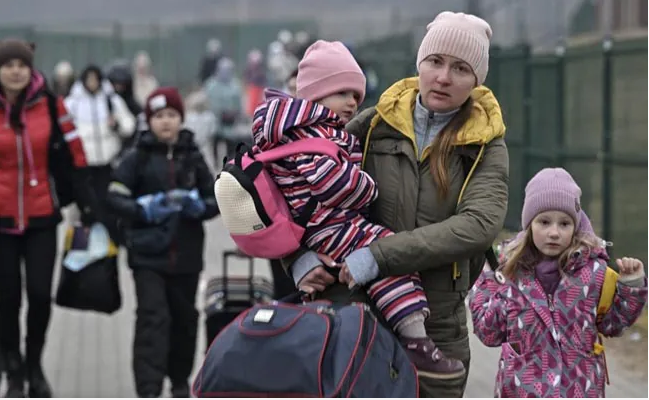 A growing number of human rights organizations from around the world are turning to crypto and blockchain technology as a remedy to challenges in underdeveloped or conflict-torn countries caused by a lack of financial infrastructure or insufficient identity verification.

Through a new blockchain-based humanitarian program, the Office of the UN High Commissioner for Refugees (UNHCR) will send cryptocurrency to Ukrainians displaced by Russia’s atrocities.

Stellar Development Foundation announced on December 15 that it has partnered with UNHCR to deliver USD Coin, a stablecoin pegged to the US dollar, to Vibrant digital wallets of eligible applicants.

The relief beneficiaries can then get the funds in dollars, euros, or their native currency, which they can exchange at MoneyGram outlets throughout the world. In Ukraine, there are 4,500 MoneyGram locations, according to a statement.

The program’s developers hope that this will allow refugees to get aid more easily, regardless of whether or not they have access to a bank account.

In the release, UNHCR Representative to Ukraine Karolina Lindholm Billing stated, “UNHCR has been engaging with the IT sector for years, and it has played a crucial role in helping us innovate to provide aid more quickly, as speed is of the utmost importance in humanitarian operations.”

Before the beginning of the month, the Partisia Blockchain Foundation hosted a “hackathon” in conjunction with the International Committee of the Red Cross. The purpose of the event was to determine how the Partisia network may be utilized to improve the efficiency of Red Cross humanitarian aid payments.

Even if the digital currency market has had a rough couple of months due to events such as the FTX collapse last month and the charges filed against former CEO Sam Bankman-Fried, the UN relief program provides a concrete example of how cryptocurrencies can be put to use in the real world.

In the months after Russia’s invasion of Ukraine, digital currencies have played a major role in channeling aid money to displaced people and the Ukrainian government.

The Crucial Role That Crypto Plays During Times Of Crisis

Already, cryptocurrency has played a significant role in the continuing fight. According to government sources in March, the government secured nearly $100 million in crypto contributions in the early days of the conflict to fund operations.

The UN will launch its digital currency assistance program in Kiev, Vinnytsia, and Lviv, Ukraine’s three major cities. After six months of testing, it will be rolled out to more needy individuals in the country and Ukrainian refugees in 2023, according to officials.

“For fleeing Ukrainians […] this pilot project providing humanitarian assistance using a digital wallet, will serve as a possible lifeline for survival.”

The Stellar Development Foundation is a non-profit organization created in 2014 with the objective of assisting the growth and development of the Stellar open-source network.

Stellar has collaborated with Mercado Bitcoin, the largest cryptocurrency exchange in Latin America, to launch a project that will investigate potential applications of a digital currency issued by a central bank (CBDC).