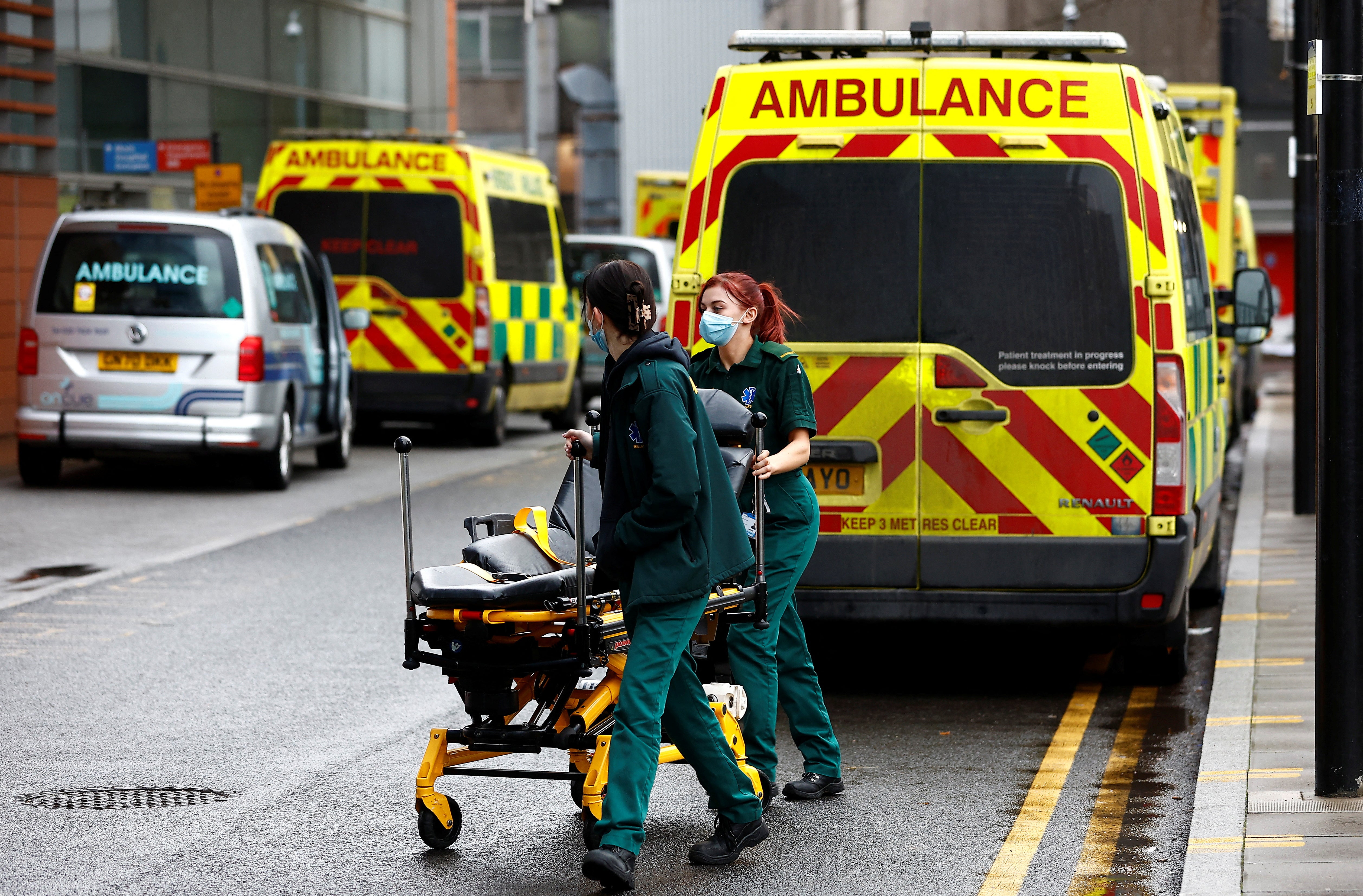 Government officials in the United Kingdom are urging citizens to stay sober and take other precautions as ambulance workers go on a 24-hour strike Wednesday.

The government also called on citizens to stay away from contact sports and unnecessary car trips, according to The Associated Press. Ambulance dispatchers and technicians have stated they will respond to life-threatening calls during the strike, which will end Thursday.

“The system will be under very severe pressure today,” Health Secretary Steve Barclay told Sky News. “We’re saying to the public to exercise their common sense in terms of what activities they do, being mindful of those pressures that are on the system.”

“It’s the season of parties, pre-Christmas, so do enjoy yourself but obviously don’t get so drunk that you end up with an unnecessary visit to a hospital,” added Stephen Powis, medical director at the U.K.’s National Health Service.

Staff members of the ambulance service move a stretcher away from an ambulance near The Royal London Hospital in London, Britain, December 19, 2022.  (REUTERS/Peter Nicholls)

Ambulance workers are demanding higher wages after double-digit inflation has ravaged the buying power of their salaries.

The workers plan to strike again after Christmas if their demands are not yet. They are just one of several factions within NHS to show discontent. Nurses also went on strike for two days earlier this month, according to the AP.

The strikes have only exacerbated the U.K.’s already stressed healthcare system, which has suffered from dismally long wait times.

“Countless harrowing incidents have called attention to the ambulance problem in Britain, including that of an elderly man whose family covered him with a tarp as he waited seven hours after falling outdoors, and a 17-year-old soccer player who waited for four hours lying on a rainy field after suffering a neck injury,” the New York Times reported Monday.

So far, NHS officials have not budged on pay for the striking workers.