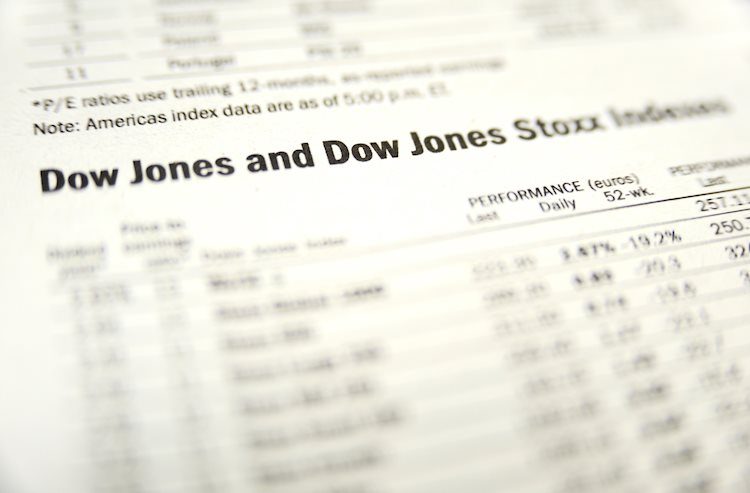 The Sun/Neptune square has a strong correlation to reversals in the DJIA within four trading days. Like all aspects with Neptune, this one too can correspond with hopes and wishes about the future of equity prices. However, if it corresponds with a high, or secondary high to the crest of December 1-2, it could lead to a sharp reversal down into and beyond the Jupiter/Uranus semi-square of December 23. – Last week’s column.

Sure enough, the U.S. and many other world stock indices topped out last week, December 13-14, and began a nosedive as the cosmos shifts from Neptune’s “irrational exuberance” to the more chaotic Jupiter/Uranus theme that culminates next week.

The DJIA, for instance, peaked at 34,712 on December 13, its highest level since April, and up 21% from its yearly low of 28,660 on October 13. By Friday, just three trading days lower, it had declined to a low of 32,654, a decline of over 2000 points and nearly 6%. This fits with our studies reported in The Ultimate Book on Stock Market Timing, Volume 3: Geocosmic Correlations to Trading Cycles. Those studies showed a 78% rate of frequency to 4% or greater reversals in the DJIA within 4 trading days of the Sun/Neptune waning square. Monday will be the fourth day.

It was also interesting to note that when Fed Chair Powell spoke on December 14, transiting Mars retrograde was conjunct with the FRB natal Saturn at 13° Gemini, which is also in opposition to the Fed’s natal Mercury at 13° Sagittarius. The Fed was indeed stuck in a manner associated with that aspect. That is, if it acted too aggressively (Mars), it would risk injury or accident. If it behaved too conservatively (Saturn), it would risk criticism for being too slow to act. Mars/Saturn is an aspect of frustration because you can’t easily do what you want to do in the time that you want to do it. It indicates delays and danger if you continue to push too hard. So, the Fed did pull back to a .5% rate hike, down from the prior hikes of .75%. But then it also warned there were more hikes to come, which frustrated the investment community which suddenly spoke out that these rate hikes would lead the U.S. (and the world) into a recession. Of course, coming on the heels of Neptune’s two-week binge into fantasyland, many of the same analysts had purported there would be no recession ahead. It was therefore a week typical of Neptune fog, but also typical of Mars/Saturn frustration on the part of the Fed, in that they can’t seem to get the inflation trend quickly to where they want. The longer this continues, the more likely it will lead to a recession, or maybe worse. Maybe we don’t see the light at the end of this rate-hike tunnel until after Mars makes its third and final passage past the FRB Saturn, which will be Valentine’s Day, 2023. Or maybe it takes until late March when Mars finally leaves Gemini for the next two years.

Gold and Silver also had sudden and sharp reversals from their recent rallies. Gold soared to a new cycle high of 1836.90 on December 13, its largest rally of the year following its 16-month cycle trough of 1618.30 on November 3. Silver was even more impressive, rising to 24.39 on December 13, up smartly from its yearly low of 17.40 on September 1. But both fell sharply after that, with Gold down to 1782 and Silver to 22.73 by Friday. Bitcoin followed the same pattern. It reached a new 5-week high of 18,370 on Wednesday, December 14. But by Friday, it had fallen back as low as 16,744. The test to Bitcoin’s longer-term cycle lows is again underway.

In summation, we can say that the cosmic climate is chaos and confusion. We are moving from confusion (Neptune) back into chaos (Uranus). It may take a couple of weeks to sort it all out. But first, we have another bout with Mercury retrograde, the Trickster, looming on the horizon.

The message to financial markets is that global monetary policy is going to get appreciably tighter, after Mr. Powell delivered a hawkish message Wednesday. The main exceptions are the Bank of Japan, which is hopeless, and possibly the Bank of England, which is hapless… All of this heralds much tighter global financial conditions to come, which no doubt contributed to Thursday’s sharp selloff in equities. “A World of Tighter Money,” Editors, Wall Street Journal, December 16, 2022.

Scientists announced Tuesday that they have for the first time produced more energy in a fusion reaction that was used to ignite it – a major breakthrough in the decades-long quest to harness the process that powers the Sun… unlike other nuclear reactions, it doesn’t create radioactive waste. – Matthew Daly, Michael Phillis, Jennifer McDermott, and Maddie Burakoff, “Fusion Breakthrough Could be Game-Changer,” Associated Press, December 14, 2022.

It’s the end-of-the-year holiday season. However, there is no vacation for the cosmos as it readies for a slew of interesting planetary signatures. On Tuesday, December 20, Jupiter will exit its last passage through Pisces for this cycle and begin its final lap through Aries until May 16. It then enters the lush and fertile sign of Taurus for the next year. As it approaches Aries next week, the guns of war start up again from Russia towards Ukraine. The equity prices of weapons manufacturers may rally. But that could change after May when the world has grown tired of it all and wants to get serious about two of the prime values of Taurus: safety and security.

On December 21, the winter solstice takes place as the Sun ingresses into Capricorn, always a time for deep reflection, such as “What are we doing? Where are we going? What do we want to do differently in the next year?” One of the things to do differently will be changing the dynamics of war, but it will be a longer process than wished for unless new rules and laws are created. I think there will be.

The next two days will find Sun square Jupiter, Venus trine Uranus, and Jupiter in semi-square to Uranus. It’s the chaos of Uranus receiving that semi-square from the exaggerative Jupiter (in two aspects) that is driving the market this week. The two together have a knack for breaking down support and/or resistance in exaggerated moves.

The inability of the markets to respect support and resistance continues to another level when the “Trickster” – Mercury retrograde – returns December 29-January 18. Just six days before it turns direct, Mars will end its retrograde motion on January 12, followed by Uranus doing the same on January 22. That is destined to be a wild period for financial markets, and likely a time of sharp market reversals from whatever trends are underway at the time.

Yet there is something exciting about the forthcoming Uranus signatures of December 22 through January 22, and even more so when Pluto enters Aquarius (Uranus’ home sign) on March 23. We got a glimpse of this with last week’s announcement about the breakthrough in the quest to harness fusion energy. We’ve said it before and we’ll say it again: as Uranus enters Gemini and trines Pluto in Aquarius in 2025-2026, while at the same time Saturn and Neptune enter Aries and sextiles both Uranus and Pluto, the world has an opportunity to commence a renaissance, a revolution in communications that propels humanity into a bright new future. It may be the crossing point between humanity’s reliance on fossil fuels and the emergence of new applications of alternative energies that benefit the environment and humankind in a myriad of new ways we can only imagine today. Yes, as discussed last week and in the Forecast 2023 Book, we will be on parallel paradigm tracks between war and destruction versus innovation, new scientific and extraterrestrial discoveries, and creativity. One paradigm will likely lead to the awareness of the urgent need for the other. 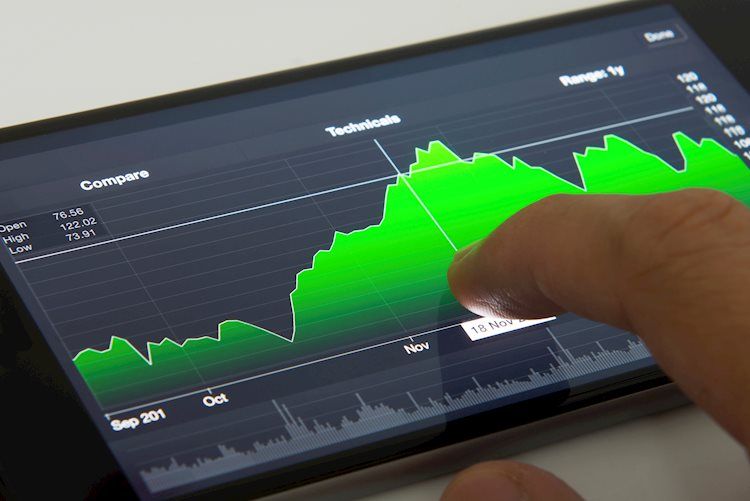 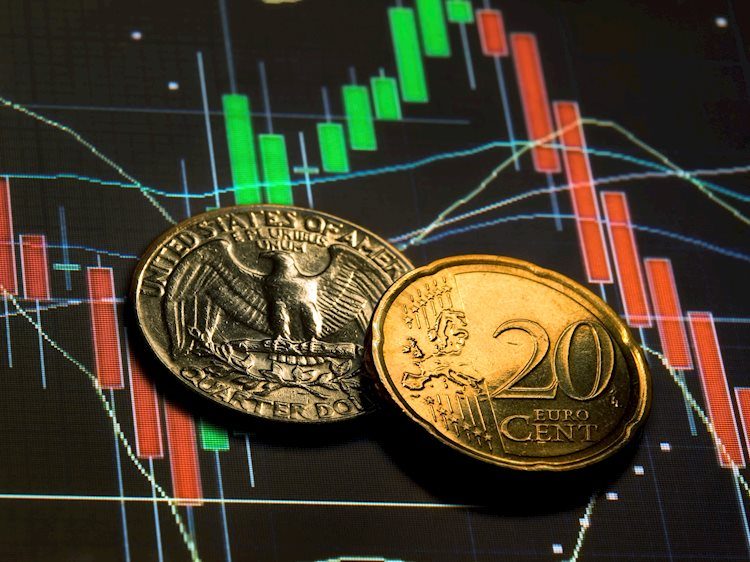